To be released on DVD & BluRay on 27th November

Legendary label Trojan Records announces the worldwide release of the documentary Rudeboy: The Story of Trojan Records on DVD and BluRay. The feature-length documentary, which was screened in select cinemas and festivals in 2018, tells the story of the origins and ongoing love affair between Jamaican and British Music through the prism of the iconic label.

Directed by Grammy winner Nicolas Jack Davies (The Road To Red Rocks, Payday), Rudeboy features a cast of legendary artists including Lee ‘Scratch’ Perry, Toots Hibbert, Ken Boothe, Neville Staple, Marcia Griffiths, Dave Barker, Dandy Livingstone, Lloyd Coxsone, Pauline Black, Derrick Morgan and more. Combining archive footage, interview and drama, it tells the story of Trojan Records by placing it at the heart of a cultural revolution that unfolded in the council estates and dance floors of late 60’s and early 70’s Britain and how that period of immigration and innovation transformed popular music and culture. A loving tribute that reminds us that music has the power to break down cultural barriers and change lives.

Rudeboy premiered at The London Film Festival in 2018 to rave reviews from The Hollywood Reporter, Little White Lies, Film Threat and The International Documentary Film Festival Amsterdam, as well as coverage from the likes of Rolling Stone, The BBC and The Wire. The film made up part of Trojan Records’ 50th anniversary celebrations, marking five decades since the iconic reggae label changed the British musical and cultural landscape, bringing a new sound and ethos to the world. 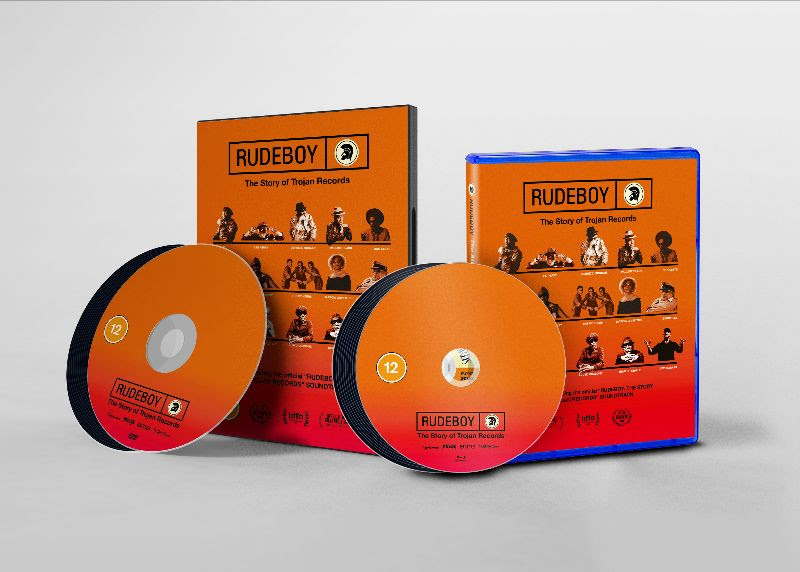 From November 27, fans will be able to purchase a limited edition 2 disc box set, which includes the DVD/BluRay and the CD of the official motion picture soundtrack at Trojan Records store. Full soundtrack can be ordered on both vinyl and CD.

The new album Roba of Banana Zvuk has arrived